Performed by Jozsef Terek and Friends, a stage performance one of its kind in Hungary has been on stage for a while. Since December 2014, 17th century Rákóczi marches, 19th century verbunkos pieces and Kossuth marches, Hungarian nóta (popular folkish song) pieces of Pista Danko and Kalman Simonffy, authentic folk music pieces selected from the rich repertoire of the ethnic Hungarians living in the Carpathian Basin, as well as gipsy music, virtuoso solos and folkish songs by Béla Bartók and Zoltán Kodály from the 20th century have all been staged and performed on tarogato, an instrument listed in the repository of Hungarian national treasures. Own compositions of Hungarian and world music pieces, Latin music and jazz music complete the concerts focusing on the musical instrument, tarogato, one of the main symbols of all Hungarians, and which is played to introduce the previously mentioned musical styles in a widest variety of lineups and arrangements.

While in minor concerts, musical accompaniment is performed by accompaniment instruments, in major performances cymbals and violins complete the accompaniment making it a virtuoso musical duel. Latin pieces and jazz standards are accompanied by a jazz band; and by having the two lineups playing together we can show the audience how tarogato may sound in the musical styles of the past 200 years even if it is blended with different styles and arrangements.

This concert series has been successful at various domestic and international events from China to Norway, from the Ukraine to Vietnam, or from Denmark to the Philippines. By introducing tarogato to the national and international public, we call people’s attention to the importance and uniqueness of the instrument which has been a symbol of Hungarians in every era; additionally, its sound is one of its kind in the world and cannot be mistaken for any other musical instruments – it is a Hungaricum instrument indeed.


Should you require additional information as regards checking the band lineups with the planned events, as well as ordering the performances, do not hesitate to contact me. 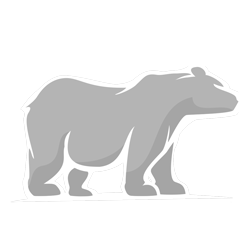